Contagion was a new work launched in September 2018 by Shobana Jeyasingh Dance which commemorates the 1918 Spanish Flu pandemic, that killed more people than the First World War itself. The piece is inspired by the nature and spread of the flu virus, the unseen enemy that mankind was battling within, while engaging in more conventional warfare in the world outside. The striking work of the Austrian artist Egon Schiele, who fell victim to the Spanish flu, forms a visual footnote to the piece.

The performance at The Great Hall in Winchester was live streamed via You Tube on Sunday 23rd September 2018, directed by Terry Braun with digital support from Flying Object. 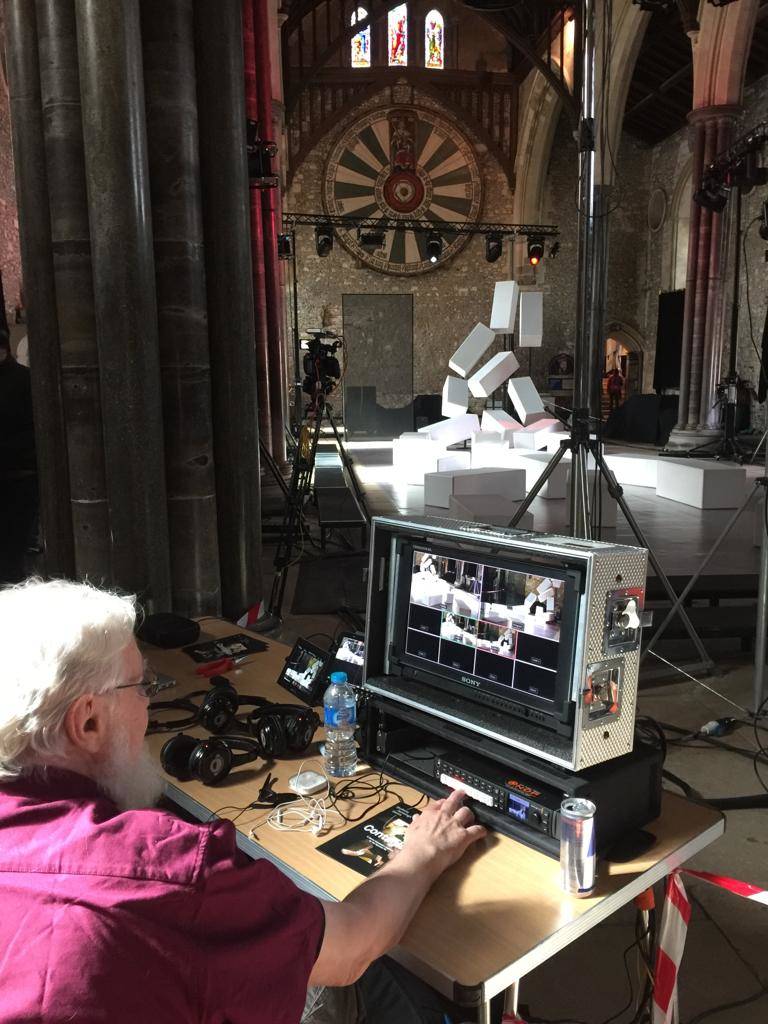 Terry Braun rehearses the direction of the live stream of Contagion