Outlander was created specifically for the Palladian Refectory at the San Giorgio monastery, the home of one of Europe’s greatest paintings, the monumental “Wedding at Cana” by Paolo Veronese.

Shobana drew inspiration from Veronese’s exuberant masterpiece which features a contemporary, multicultural wedding feast as well as the elegance of the building for which it was commissioned.

Performed by three company dancers, it was a closely observed series of solos that shifted tantalisingly between reflection and speed. Each dancer became a character who brought their own mixture of strangeness and familiarity to Veronese’s celebrations on a specially designed catwalk lit by Sander Loonen and with a baroque inspired soundscape by Scanner. 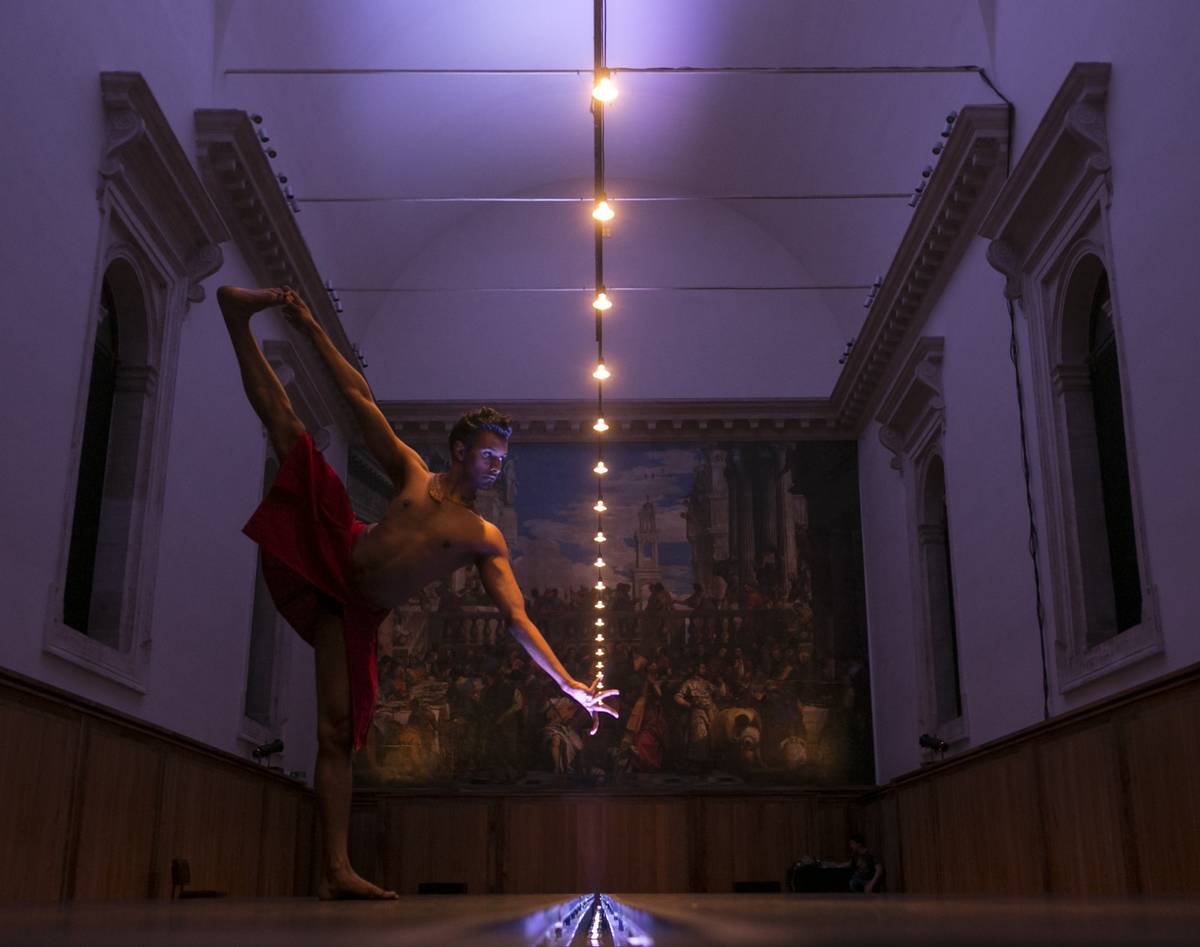 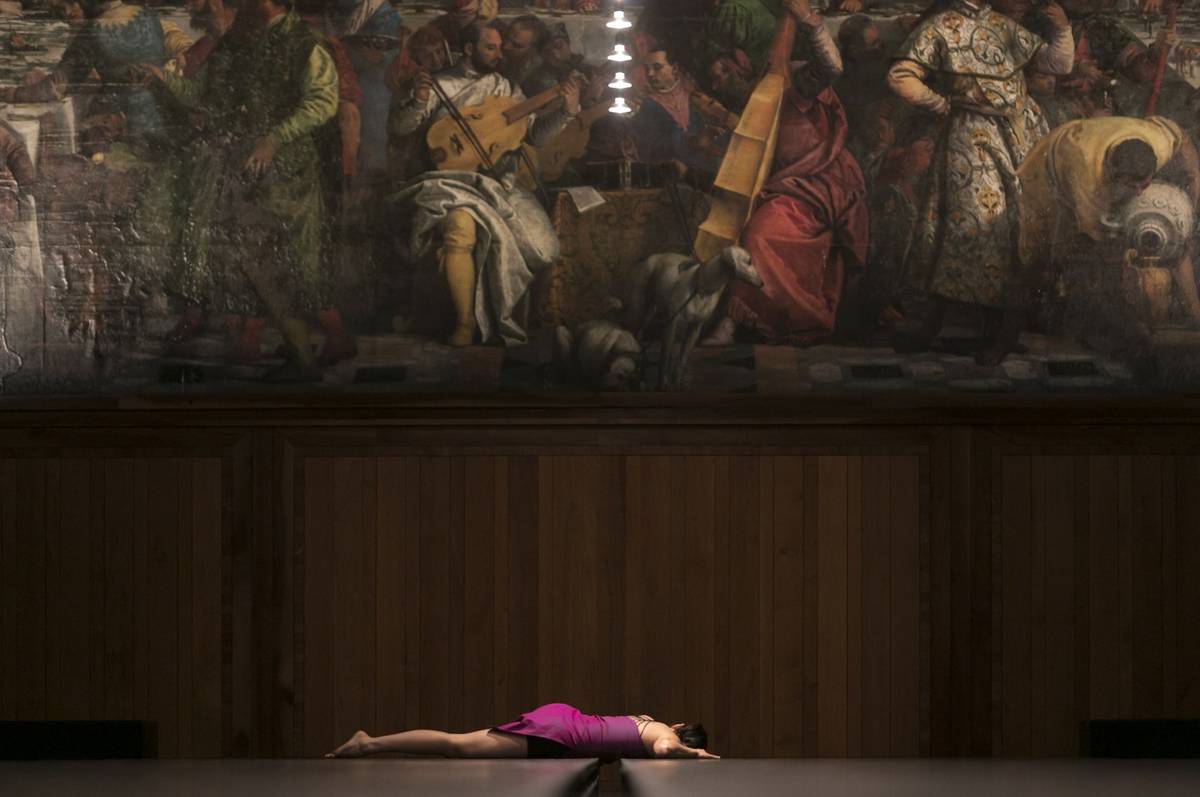 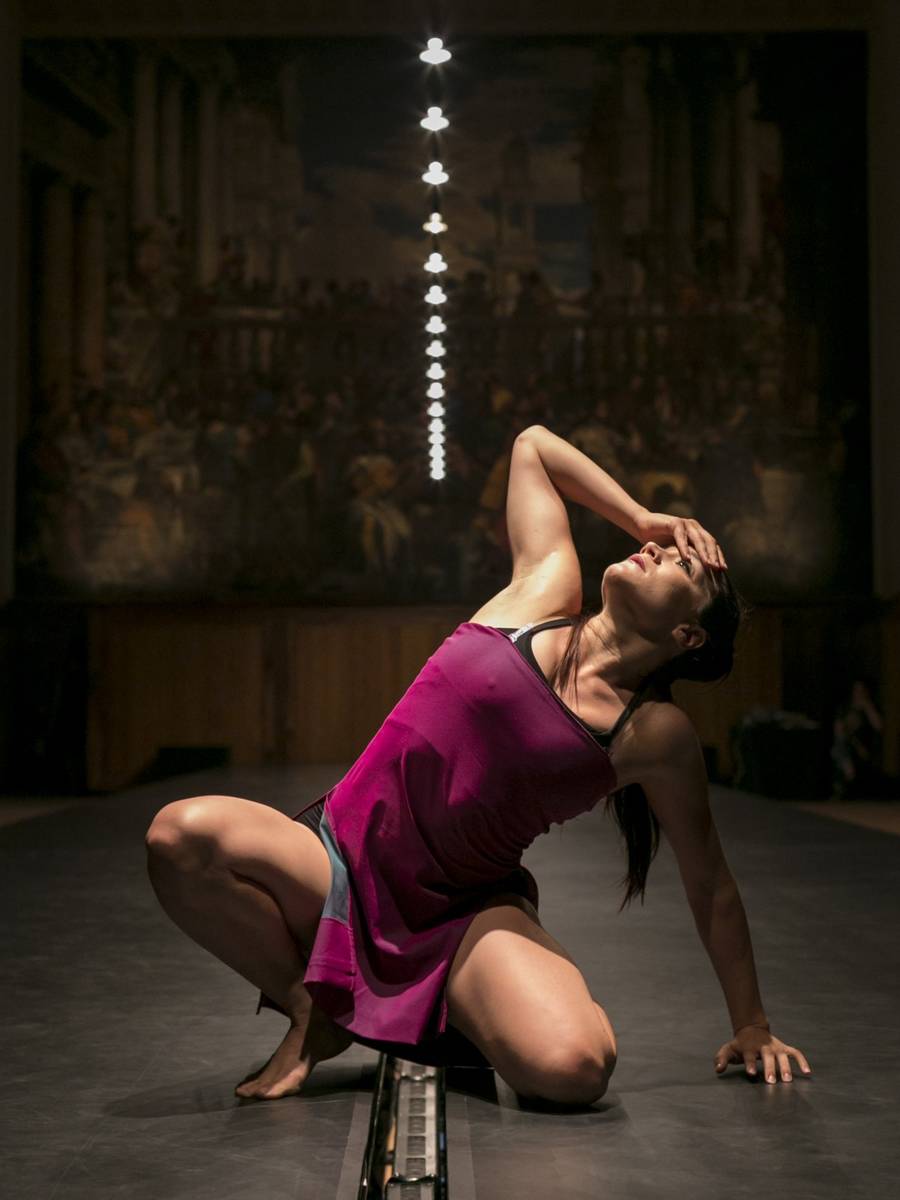