Winchester: Chronicles of Light was a spectacular ninety minute show that took place in the centre of the cathedral nave with huge projections and a vast number of performers to tell the extraordinary stories of Winchester Cathedral, its people and events.

The Winchester stories centred around characters including King Cnut to Jane Austen, roundhead soldiers, St Swithun and King Alfred and inspirational women such as Mary Sumner, founder of the Mothers Union and Josephine Butler, campaigner for women's rights.

Terry Braun created 20 separate short films, as well as graphics, animation and titles, to be integrated into the live performance of Winchester Chronicles of Light. A little less than a half of the 90 minute show was filled with these films, projected from the west end of the nave of the cathedral using a 20,000 lumen projector.

Terry created the films as triptychs, with the middle section designed to be projected against a 41 foot high by 31 foot wide (12.5mtrs x 9.6mtrs) sharkstooth screen at the east end of the nave, with the two outside sections of the triptych projected against the stone of the pillars of the cathedral, enabling the films to partially wrap around the audience.

The films were all shot on Panasonic Lumix GH2, using a number of Panasonic as well as Zeiss and other prime lenses. Post-production was done on Final Cut Pro and After Effects. The sound track was a mixture of synch dialogue (e.g. for Judi Dench's and Hugh Dennis's scenes), specially recorded music and archive.

The profits from Winchester: Chronicles of Light were put towards funding a new sound and light system for the Cathedral. 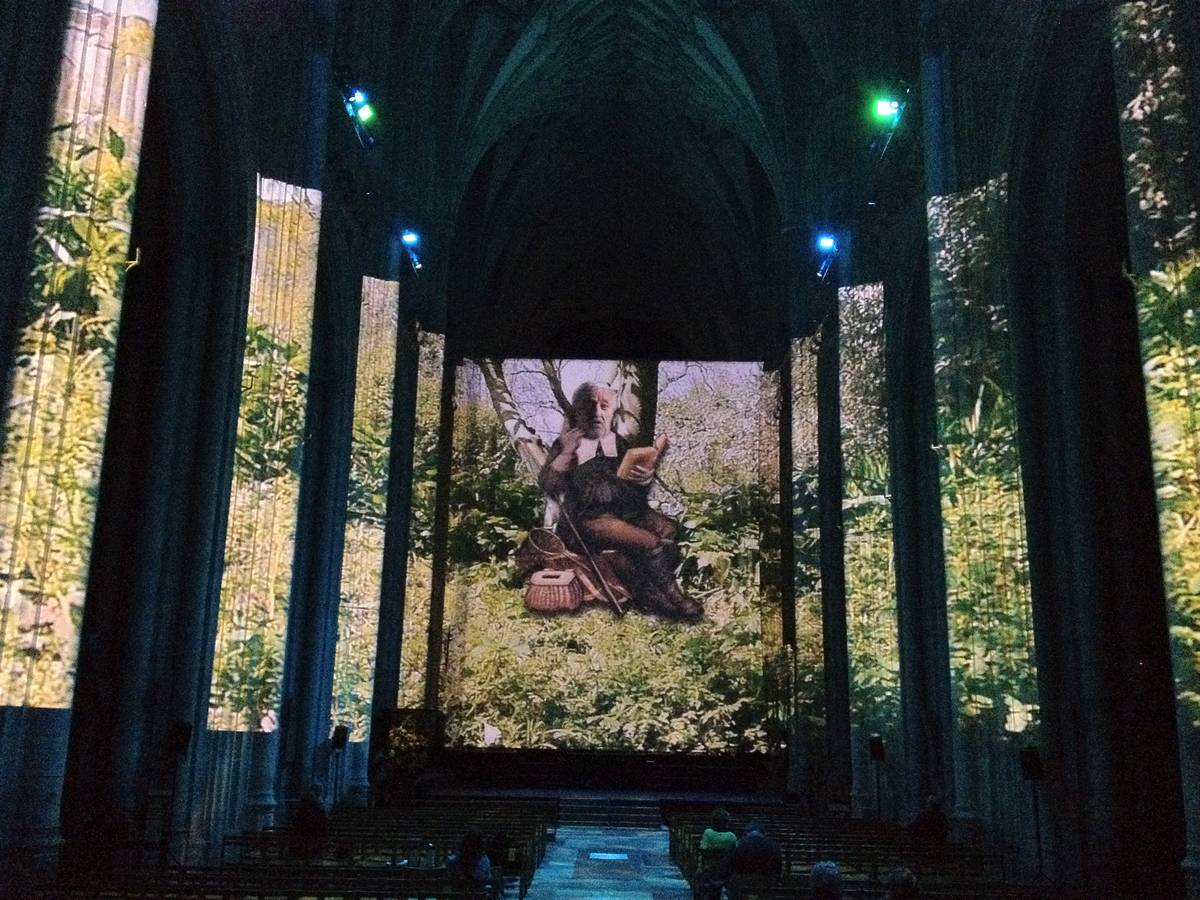 Bernard Cribbins as Izaak Walton in Winchester: Chronicles of Light

Judi Dench in the Josephine Butler scene about 'fallen women' in Winchester: Chronicles of Light

Hugh Dennis as Bishop Walkelin in Winchester: Chronicles of Light